Front Page – Who we are and where we want to be

Sometimes it’s amazing how life turns out. You can be the luckiest person for one day and the next, you find yourself in an aweful mess. But while we all have our personal ups & downs we tend to forget the broader questions and challanges life poses upon us. This might go a little far and philosophical for some of you, but it seems to be a reocurring topic I’ve been discussing with one of my friends over the last few years: What the hell are we doing? Generations tend to have a purpose. Imagine back when your grandparents grew up, they didn’t have a lot of choices. Their way of life was heavily dependant on what their parents did. So if you were born into a family of workers, you were most likely to become a worker. If you were born into a family of farmers, you were most likely to become a farmer. If you were lucky and your parents – even more so, your dad – owned a factory, you would be rich, enjoyed a very good education and would one day take over the company, enjoying life in the country house or the sea-side resort. Social movement, meaning the ability to escape the very social class you were born into was almost impossible. Then came two world wars and believe me or not, with all the death and horrors they brought, they drove society on to become something different.

Just think about the role of the women. There were female rights movements before, but all of a sudden, while men were away at war, factories still needed to produce weapons and ammonition for the troops. So it was essentailly women who all of a sudden became valuable members of the work force. And they were not going to give up that role again afterwards. While I don’t want to discuss the role of the female in this article, it helps to visualize the changes over the last century or so. The two world wars also brought a lot of destuction, that needed to be fixed. In Germany for example this lead to an unbelievable rise in employement – the high unemployement rate being one of the key topics Hitler helping him to power – and the factual need to hire workers from Italy, Turkey or the Balkan. This brought a cultural diversity to the country but it also brought a considerable rise in income and wealth.

So when my parents were little kids, they had the future ahead of them. While the distribution of wealth spread across people, a new middle class began its rise. The main conflict that generation of „baby-boomers“ faced was not war or the prospect of having no other choice in life, but to fight for social rights. It was the time of the anti-war movement, of Martin Luther King, student riots. All of a sudden a lot of young people who raked the fruits of a more equal education were publicl voicing their concerns. The RAF killed people in the open streets. The Cuba Crisis almost brought a third world war. But our parents still had a purpose. Their ability to switch from a working class background to the middle class with the help of hard work and good education satisfied them. Then came the 1980s. The era in which society lay the foundations for a lot of the problems today’s younger generations are facing. It’s reflected in the music too. The level of wealth had reached such a satisfying level that society was drowned in exaggerated consumerism. Add new designer drugs (cocaine anyone?), personal beauty products (take Christian Bale in American Psycho) and electronic inoovations making life a lot faster and you slowly get to the core of the problem. Instead of thinking about and fighting for societal problems, people got more and more self centered. They cared about their own wealth, their own freedom, their own leisure time etc (What the fuck was ‚Hair-Metal‚ all about??).

I will skip the 1990s as in my opinion the trends in social developments just strengthened. So here come the 2000s, with internet, broadband, everaccessible information and connectivity. Online is the magical word on everybodys lips. I mean, I don’t know where you are right now, when reading this, but you’ll definitely be online. Most of you will be using your computer or laptop to read these lines. I am old enough to know what it was like without a computer at home. I know what it was like to listen to my first MP3 – believe it or not, but it was through that format, that I listened to Nevermind by Nirvana for the first time as a twelve year old. I also remember when one of my friends bought the album on CD a few years later and how we worshipped it on the schoolyard (Johannes, do you remember?). What I am trying to say is that I grew up in that transitory state of digitalization. When all of a sudden we’d hook up with girls on chat programs instead of talking to them after school.

But while a lot of young people argue how great the untamable entity called the internet is, I have some problems with it. We don’t care about the value of products anymore. Music has lost its value for the generation of young people already. Not in terms of personal value or identification, but in terms of willingness to pay. The same applies more and more to information. We see all resorts of classical media in decline and exposed to budget cuts (see BBC or ZDF). We all value culture as an integral part of our society, but we are not willing to pay for it any more.

While this to me is a very important topic, this article is not supposed to be a flaming speech about culture. I started off talking about society and how it has changed. Coming back to this point, technological advancements and the wealth the past generations have created for us have given us a lot of opportunities. If you are living within the EU for example, you are able to work almost anywhere in Europe without a work permit. The job market might be competitive, and the economic crisis that has hampered economic growth might not make it easier, but the opportunities are there to work anywhere you want. While our parents got a job with 16 and have worked in the same company until they retire, this won’t happen to us. Politicians or „old folks“ might tell us that’s a great thing and it is to some extend. But at the same time, I feel that my generation is swamped and overextended by the load of possibilities. Even worse, I see more and more of my friends longing for security and foothold. We don’t know how to handle our freedom because there is noone giving a shit about us anymore. Politicians certainly don’t.

I am currently living and working in Berlin. This city is a prime example of how lost this generation is becoming. It is great, how young and exciting this city is. Not a month passes without a shop shutting down and being replaced by another in the street my companie’s office is in. There are a lot of start-ups, a lot of galleries, clubs, pubs, boutiques etc. It is a very international city. People come here for vacation, to party and to get high on drugs. What they take home is this sense of freedom, of creativity and being able to do what you want. They feel it’s an easy life in Berlin. When they decide to move here, they quickly realize that life here isn’t just clubs, vodka, beer and mdma, it’s solid.
But why do young people take a couple of months or a year off when they finish school, university or whatever? Is it because we can afford to do it? I mentioned before that I think we are just not able to cope with our choices. This leads to an underlying feeling of misplacement, of disconnectivity, of loneliness.
And what’s the easiest way to escpae the reality?
Yes, you either decide to go to the other end of the world, or you try and drown all misery in excess. Drugs are easily available in any club, the park or the little corner shop. You go mental in a club, you feel the buzz, you just drown in endorphines until you are ready to face what you’ve been running away from.

Is that a bad thing?

I don’t know to be honest. All I know is that I see people who can’t cope. Who try to escape making a decision. Who try to run away from committing themselves to something, because they feel that there could still be something out there that they would miss out. These people won’t settle, they have lost their roots and they won’t strike new ones. 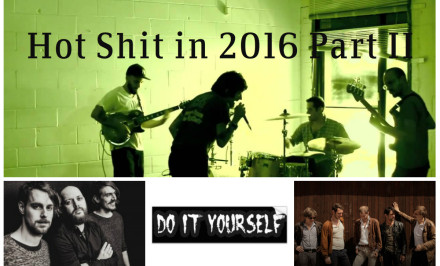 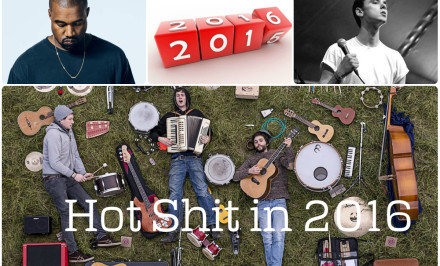 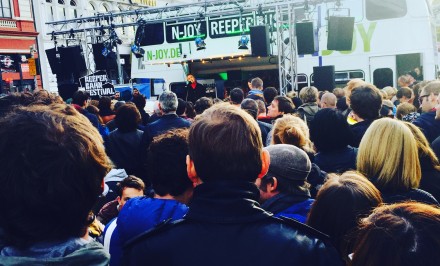