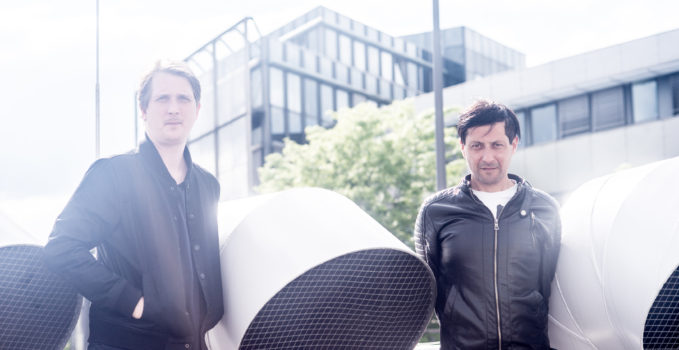 7Up is our new weekly wrap up with 7 songs you might have missed but definitely should not have. So here we go with another mix of indie, hardcore and pop (yes, pop!). Let’s up you dig 7Up!

It has taken Thrice almost a year to come up with a second video for a song from their 2016 album To Be Everywhere Is To Be Nowhere. But similar to the video for Black Honey it’s been worth the wait. Cinematic is almost an understatement. This song deserves to be treated this way.

2. At the Drive In – Hostage Stamps

This is the thrid song from their forthcoming album. I was sceptical of this comeback. When bands return you treasure for their old records there is always a risk that the new material won’t live up to the expectations. But At the Drive In seem to prove me wrong. It’s maybe not as angry as the songs on Relationship of Command and neither as emotional as In / Casino / Out, but I’m acutally looking forward to the upcoming record.

3. The Strokes – Live in Argentina

Well, well. So, I mean I can remember so many nights that I’ve been dancing to the Strokes when I was at university. I saw them live once at a festival in the South of Germany and wasn’t too impressed by the mumbling noised Julian Casablancas hushed into the microphone either completely wasted or stoned to bits. Recently a friend of mine had a party in a small basement club in Berlin where the only rule was that the DJs could only play indie songs. Believe me, I hadn’t danced that much in a long time. And the Strokes were are definite highlight. But forget all that. This crowd here is insane. I mean, they really, REALLY LOVE the Strokes. 7Ups to that!

I think this is the first ever official video by a band so unnoticed by the recent emo-revival hype. A funny thing, as the band has been around for so long constantly releasing great songs and albums. The 8-bit aesthetic of the album suits the retro vibe of the music. A treat to watch and a pleasure to your ears.

I don’t know how many times Dylan Baldi & Co have visited KEXP but their visits are always worth a watch. This new session contains songs purely from their current album Life Without Sound. And as good as they sound in the studio it’s unfortunate how disappointing their last live gigs were. This band on a club stage is never as good as they are here and this is probably why I keep listening to these sessions, all in hope that one day they will sound like this on a stage.

Just a new song or the first single from an upcoming album? It definitely came as a surprise. This is one of those songs the term wall of sound was coined for. The guitars sound immense on Rhapsody in Red. Add the great voice of Aydo Abay and you have a melancholic rock song you didn’t know you needed but you will have this on repeat. I promise!

Ok, please don’t shoot me after this, this is proper pop. But the song has been stuck in my head for weeks now and I have to listen to this every other day. It’s so cheesy, so overproduced and so damn catchy. ILYSB is the near perfection of a song. I know this is not what we usually talk about, but I can’t get away from it. And it’s the weekend, so I thought this might get everyone in a good mood.

That’s it for this week folks. Thanks for listening and look out for the next 7Up!

Tags : 7Up, Abay, At the Drive-In, Cloud Nothings, Empire! Empire! (I Was A Lonely Estate), Lany, The Strokes, Thrice 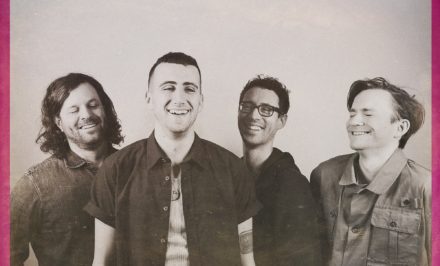