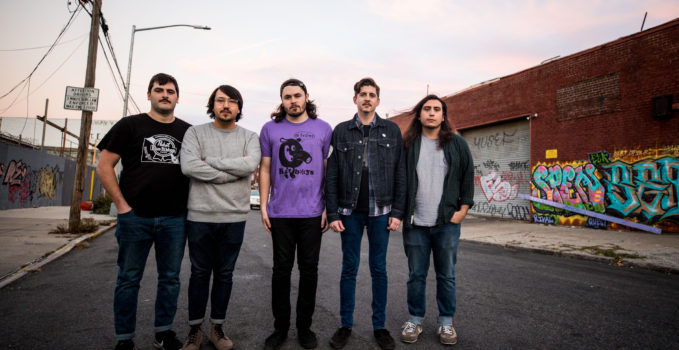 7Up is our new weekly wrap up with 7 songs you might have missed but definitely should not have.

Well, what can I say to this song? I must have stumbled across the band on their old labels Bandcamp page and it was everything I expected from a band releasing through Count Your Lucky Stars! Randy, I’m the Liquor is the first single from their upcoming second full length Bear Your Mind dropping May 26th via the much bigger label Triple Crown Records. That should be nice!

Even though the sun is finally out and it is getting warmer in Berlin, one can’t beat a good, sad song. Keep this new song by Burkini Beach in mind for the coming hangover, when all you want to do is stay in bed, feel sorry for yourself, munch on comfort food and watch a feelgood movie. Maybe even the Jungle Book.

3. The Menzingers – After the Party

Kyle Thrash is one of the best music video directors out there at the moment. Want any more proof than the above? Maybe this one by Modern Baseball? Or this one he did for Microwave? Or maybe just this one? Anyway, his videos are great. But don’t let that take anything away from the catchy song that is After the Party.

If you are reading this blog and you like some of the bands we are talking about, you have probably come across the Little Elephant sessions already. If you haven’t, you’ve missed out big time. Jeff Rosenstock is back for a second time now and his new session is everything you’d expect from one of the hardest touring guys in the US. 5 songs in just under ten minutes. Nonstop.

Evan Weiss just can’t put a foot wrong, can he? Into It. Over It. keep getting better and who knows what Weiss is planning on doing next? First off, it’s his return as a member of Pet Symmetry though. This is the first single of upcoming sophomore album Vision out on May 26th via Polyvinyl Records. Expect gnarly melodies over twinkle melodies paired with feedback, a driving rhythm section and Weiss‘ signature vocals.

Naming your debut album Greatest Hits is a bold move. But let youth prevail because this band is sick! Fuzzy guitars, energy up to 11 and melodies to melt a glacier. Crash Test Rating was the first song I heard by the band, but the whole damn record is outstanding. If you’re ever feeling like skateboarding towards the sunset or jumping around your living room like a teenage fool, this is the perfect soundtrack.


Let’s wrap this first 7Up installment up with a German band. Trucks from Berlin play a sort of Hamburger Schule influenced indie you might remember from the late 1990s to early 2000s. The boys in the band where way too young to witness the bands they are referencing in their prime but so am I. Never mind, this is more exciting than any artsy Isolation Berlin or Messer and has definitely more guts than Von Wegen Lisbeth or Bilderbuch. Middle fingers up, this is an exciting young band with not enough songs out there. Give them a listen, support them and you won’t regret it. Surf City premiered over at our friends from Diffus, if you wanted to know.

That’s it for this week folks. Thanks for listening and look out for the next 7Up!