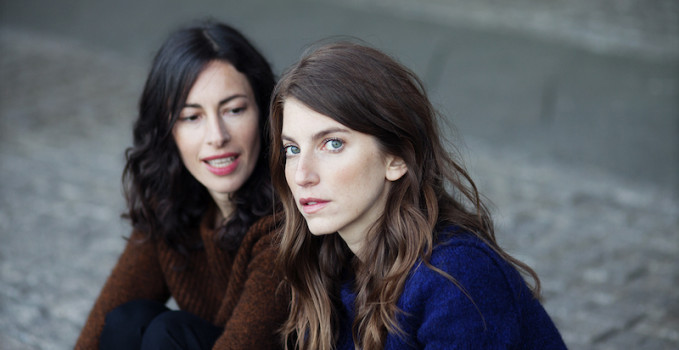 Boy – We Were Here

It’s been a long time since that song with handclaps and piano graced our radio stations. Boy came out of nowhere and drove everyone (starting from my sister, to my mom and even my grandma would have tapped her feet to that song if she would have been alive then) a little crazy. Once the two adorable girls had taken over Germany, entering the top 10 with their debut gold album Mutual Friends they took the next step and conquered the world. From their debut in 2011 they were constantly touring the record until the end of 2013, including a sold out acoustic tour of the US. Now they have finally finisher the follow up We Were Here and some things have definitely changed.

It has taken Valeska Steiner and Sonja Glass almost two years to craft this record. What once felt like a record out of nowhere has now the smell of hard labour and effort tagging along. The songs sound different. While their debut was definitely on the lighter side of handmade pop music, its follow up is thicker, a little bigger and a tad darker. It’s a proper worked record. I mean it sounds like a lot of hours in the studio went into the songs. There are plenty of details in the production without it ever sounding excessively loaded or bloated. The voices still hover above the music. There’s a round foundation of bass and synth elements. There are all sorts of echoy sounds and acoustic guitars in there. Handclaps, rhythmic elements and strings.

Compare this to any English, US artist or production and it’s way closer to Adele or Florence and the Machine (without the grandiloquence) than the pompous edm-laden tracks of Ariana Grande, Jessie J or Taylor Swift. But Boy were never the band running risk of following some weird radio pop trend. They had found their sound from day one. German music magazine Intro have compared their new record to a German motor car and I really like the comparison but it’s missing one point in my opinion. While with Little Numbers their debut had one standout radio single, the new one is trimmed to perfection without that one big hit. One might argue that you would have 9 singles on the album then, but while they are all good songs, none of them is brilliant. Coming back to the motor car metaphor, BMW always build great cars but since they built that one beauty, none of their cars was so sexy, beautiful and stunning. So the question I keep asking myself after listening to We Were Here is: Is this enough, or wasn’t I expecting a little more?

The album is out via Grönland Records / Rough Trade on 21.08.2015
Pick up your digital copy here.
Or a physical here.