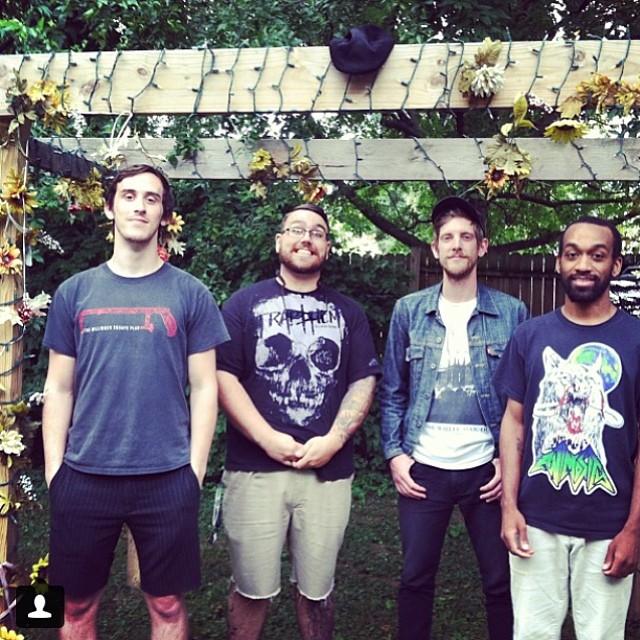 I feel the most alive when it’s all falling apart

Winter is approaching quite relentlessly these days. And while the days have more or less become nights the city is becoming increasingly bleak. I was talking to a friend the other day and he was saying that winter depression hasn’t hit him yet. For my part, I’m trying to comfort myself at home more than I would during summer. And I’m naturally adjusting my listening habits. Courtesy Drop have just arrived in time for this change! Their new EP Stabilize is just what you will need, when the cold and dark nights are coming your way!

It all starts with atmospheric guitars well borrowed by Pianos Become the Teeth or La Dispute until they are drowned out by a proper blast beat. The EP is more than 2 minutes old when the first lines are sung. And the anthemic nature of the songs changes. The Eight Gate sets out right from the start what you can expect from this ep. Songs going from dark, to atmospheric, to really loud, to quiet.

Compared to last years Songs to Drive to… these four songs have gotten a fair bit harder. While its predecessors were heavily rooted in mid 1990s to early 2000 emo (think American Football et al), they showed glimpses of the raw energy these new songs carry. The essentials are still there: emo atmosphere, nice guitar plucking and really good lyrics, but it’s all a bit rougher now. The songwriting is far more distinguished and has a lot more to offer (the female guest vocals also add really nicely) it’s as if the band has found their own tone. And that’s a brilliant thing!

If you want any kind of references, it reminds of a hybrid of the Appleseed Cast emo and La Dispute Post-Hardcore vibes. Courtesy Drop have come crashing in as a big surprise for me this year. And this EP will surely be playing in my stereo, on my way to work and during work for the following months to come.