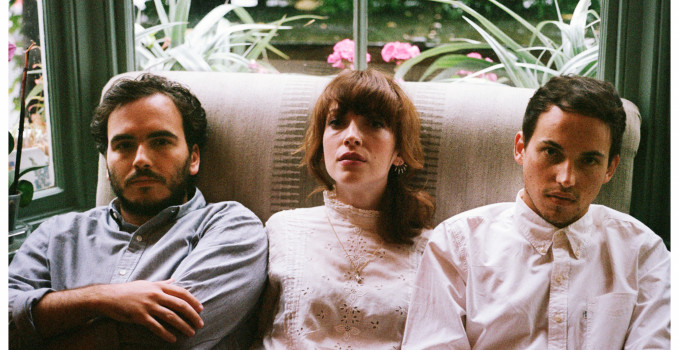 Daughter – Not to Disappear

Most people remember Daughters’ debut album „If you leave“ from 2013. It was one of those records that left you (and definitely me) sobbing and sad after listening to it. Not only because of the themes and lyrics, which by themselves were depressing enough, but also because of the fragile sound of Elena Tonras’ voice and the voluminous sound created by Igor Haefelis’ guitars and Remi Aguilellas’ drum. This sound is also the reason why the trio gets often compared to The XX. Yet, I personally would not agree with that. Although both bands use the same stylistic device by reducing their sound to the essential, the kind of intimacy that is created differs. But enough of that and let’s get to the reason we are all here for.
Their second album „Not to Disappear“ is about to be released soon and not much has changed. Sadly, this is not only a positive thing, because the new record suffers from the same problems as If you leave did.

Positively, Daughter are still the kind of band that reach out to pained young hearts and troubled souls. Tonras’ voice still haunts your soul and whispers the different shades of sorrow and despair though the productions airy space. Their songs are still carefully constructed melancholic stories; broad in sound and full in length and they still have a passion for single and two word song titles.
Numbers for example is one of those songs that hits you right in the stomach. Everyone knows the situation described in the song and the reduced lyrics take you on a somber journey to memories you wish to forget yourself. Doing the right thing, the first track that was released, on the other hand describes a situation not everyone is familiar with. The song deals with the effects of dimensia: emphatic, painful and unadorned.

My personal problem though with the album is – as it was with its predecessor – that I couldn’t find one song that stands out in particular. They all are well made moody dream-pop songs and every single one of them certainly has its moments of brilliance, but in the length of an entire album they get all smushed into one big bubble of sadness. Therefore I am not sure if I would recommend anyone to listen to the whole album in one sitting. The endless sorrowing can get a bit too much and admittedly I had to drink a glass of wine after I did that.

Not to Disappear by Daughter is out January 15th via 4AD/Beggars.
You can pick up a copy here.