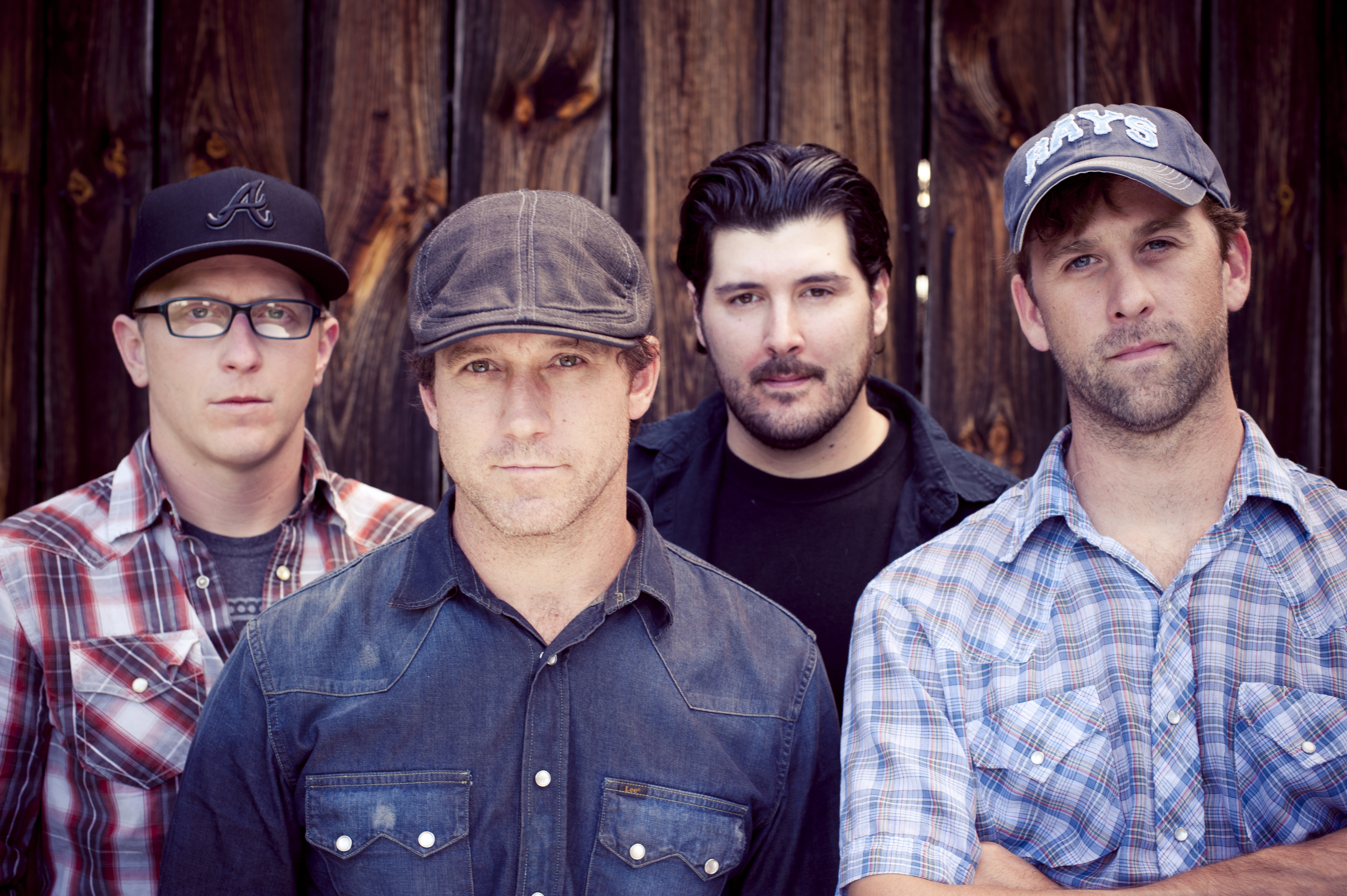 Posted On 9. Januar 2014 By Carlo In Favorite Albums, Music, Soundtrack With 4153 Views

Raise your voice it swells, find your meaning then.

Some albums define your own life like your parents, your friends or your own decisions. Some albums make up for lost friends, lost loved ones and heartbreak. Some albums make the sweetest moments in life that little bit better. And then there’s some albums that are always there, no matter if times are good or bad. I know that everyone no matter if he obsesses about music, or is just a casual top 20 listener will have that one song, or, in this case, that one defining album.

I guess it was sometime in 2005. I started a part-time job next to school to have a little money to spend on my Vespa, on going out and on records. There was this little record shop I used a 15 minute drive away from where I grew up. The good thing was, it was located just around the corner from the supermarket I worked in. So when I had a full day shift on saturdays I’d spent most of my lunch breaks browsing through the few racks of vinyl. I had heard of the shop before, but it was a little off the haigh-street. So one day, I went looking for it and found this little shop. It was called „Indiepunk Records„. The small square room had the vinyl stacked on the left hand side. Opposite the entrance was the CD rack and on the right side of the room you could browse through the 7“ section. Then there was a little cubicle in which the owner would sit behind an old windows computer smoking hand rolled cigarettes. Yes, you could indeed smoke in the shop back then (I haven’t been there in a couple of years, so I’m not sure if you still can).

Previously I had only ever bought one LP, a second-hand Descendents record (pretty cool ey?) that I later sold to my arts teacher (who I actually traded tapes with). So on my second or third visit I decided I had to buy something. I bought the self-titled debut by Pennywise, „Indestructible“ by Rancid on two red vinyl discs and – „Fuel for the Hate Game“ by Hot Water Music (I think it’s the 10th pressing in Opaque green vinyl from 2003). At the time I had no record player on my own, so I was forced to either listen to my records in my parents living room via headphones or use the time between getting back from school and my parents getting back from work to really listen on good volume. After that first purchase I came back almost every week. It was the beginning of my vinyl addiction and I am convinced it was a very educational experience. Indiepunk was one of those small record shops with a very good selection. At the time I was really into punk and hardcore with a growing fondness for mid-western emo. If there were records I wanted but that weren’t on the shelf, the guy behind the counter would look for them and order them for me. So I ended up driving to the shop every other thursday afternoon after school to see if my records had arrived (the shipment came in every thursday morning). By the end of the year, he knew me and what I was looking for. So in the vein of Nick Hornby he’d do the old „I’ll sell him a record he doesn’t even know he’ll like yet“ trick and put on some records he thought I might be into as soon as I entered the shop. And it worked. There are numerous records in my collection that I am sure that I would have never found them without that guy.

The first time I heard Hot Water Music was a good few years before the start of my vinyl affection. From what I recall it was either on a Punk-O-Rama compilation or via the Epitaph Records website. The last possibility is that I had read about them in an issue of Visions, a German music monthly. Anyway, this must have been around 2001 – the year the band released „A Flight and a Crash“ via Epitaph. I liked the sound of the record as it was a little rougher than the hyper melodic California punk from bands such as Pulley, Pennywise or Millencolin. I got hold of the album on CD and even did an email interview with Chuck Regan for the second issue of a little fanzine I did myself (I photocopied an edition of 20 for the first issue) but that never made it into print. I just emailed the label No Idea and two days later I had an email from Chuck in my inbox. He was happy to answer all my questions even though they were crap, badly researched and probably didn’t make that much sense. But I was chuffed. I had managed to get in touch with someone from a band in the USA!

I must always remember, there’s no point to surrender

I only ever saw Hot Water Music live once, at a festival in Southern Germany. It had been raining all morning, so the grass had turned into deep seas of mud. They were on the main stage as the second band of the day. It must have been around 2 in the afternoon. I remember how buzzin‘ I was after the show, I remember how I raised my fists to every song and screamed out every lyric I knew as loud as I could. I remember how bright the eyes of the fellow guys were shining during the show. It was like little kids on christmas eve. I know that it wasn’t one of the best gigs I’d ever been to, nor was it the best environment I could have seen the band. But I was so damn happy, I didn’t even mind Deftones playing after them. I was still going on in euphoria during their set. Today I ask myself, why I haven’t been to another of their shows, or why I didn’t go to see them earlier. I can’t tell you. I used to have excuses like: „They’re not going to play in a city near me“, or „I’ve got no one to go there with me“. But I think deep down, I was probably scared. Too scared to have my idols destroyed by some crappy live sound, some crappy audience or some shitty performance.

No point in holding back on what you’re holding, no matter it be shit or it be golden

So why is the album still so important to me? Well, first of all it’s the songs! They are timeless. For me, there is hardly a better record. It is captivating from start to finish. The guitars scream of sweaty t-shirts and raised fists. They are so powerful, yet so melodic at the same time. The album is so finely produced, Chuck and Chris work the guitars so well against each other. Every note is so important, adds so much. And every note that has not been played is missing for the exact right reason. Their vocal performance is unbelievable. „I never wondered, I never bothered, I never cared what I wanted to be about. I have more truth than lies to me“ are the opening words to the album, screamed by two graters. Sung by two voices fed with whiskey and too much tobacco. My god, I still want to shout back: „Yes, you are right!“ Every song has moments that still give me goosebumps after all these years! Simply stunning. It’s a raised middle finger to solitude, to falling down in life just to get back even stronger. And somehow the two manage to deliver all the emotions without drifting into cliché. And when they hit the notes together (Trademark), they create a moment of melodic melancholy that no one else can recreate. A band with two great guitarists and singers also needs a brilliant rhythm section though and Hot Water Music has the best drummer and bass player in the punk world. Maybe you can trace it back to the fact that George Rebelo (drums) and Jason Black (bass) are actually jazz musicians. Because their fills and sense for additional melodies is so unique and adds another layer of depth to the music. While I think even Dave Grohl would be proud at how hard Rebelo is hitting his kit on the 11 songs.

Fuel for the Hate Game is the defining album of their hardcore phase. The later albums were good, maybe included more anthems. Probably because Chuck and Chris learned to trust their voices a little more, maybe because when you grow older, you lose a little of your anger. Unfortunately, I think they never got the same energy level in their guitars neither and while the production suits their musical evolution it never fell into place as perfectly as on their debut full length. Mind you, this is my subjective opinion and I am fully aware that there are a lot of people out there who feel different (I know Matze and Daniel are not even on the same page with me here) but this is my article, my life and my fucking favorite!

So when I listened to the album in digital format a few years later, I was missing the crackling of the vinyl in certain parts. If a song comes on in shuffle mode, I keep humming along the opening lines or chords of the song that would come after. These songs kept me company since the first time I listened to them. They were there for me, when I’ve been going through tough times. But they were there for me to enjoy the happiest days of my life too. When I didn’t visit them for a couple of weeks or months, they were not mad. When I bumped into them again, it was like nothing had ever happened. Fuel for the Hate Game to me is like a best friend. There are certain albums that I will always link to certain events or periods in my life. I think this album will be here for eternity.