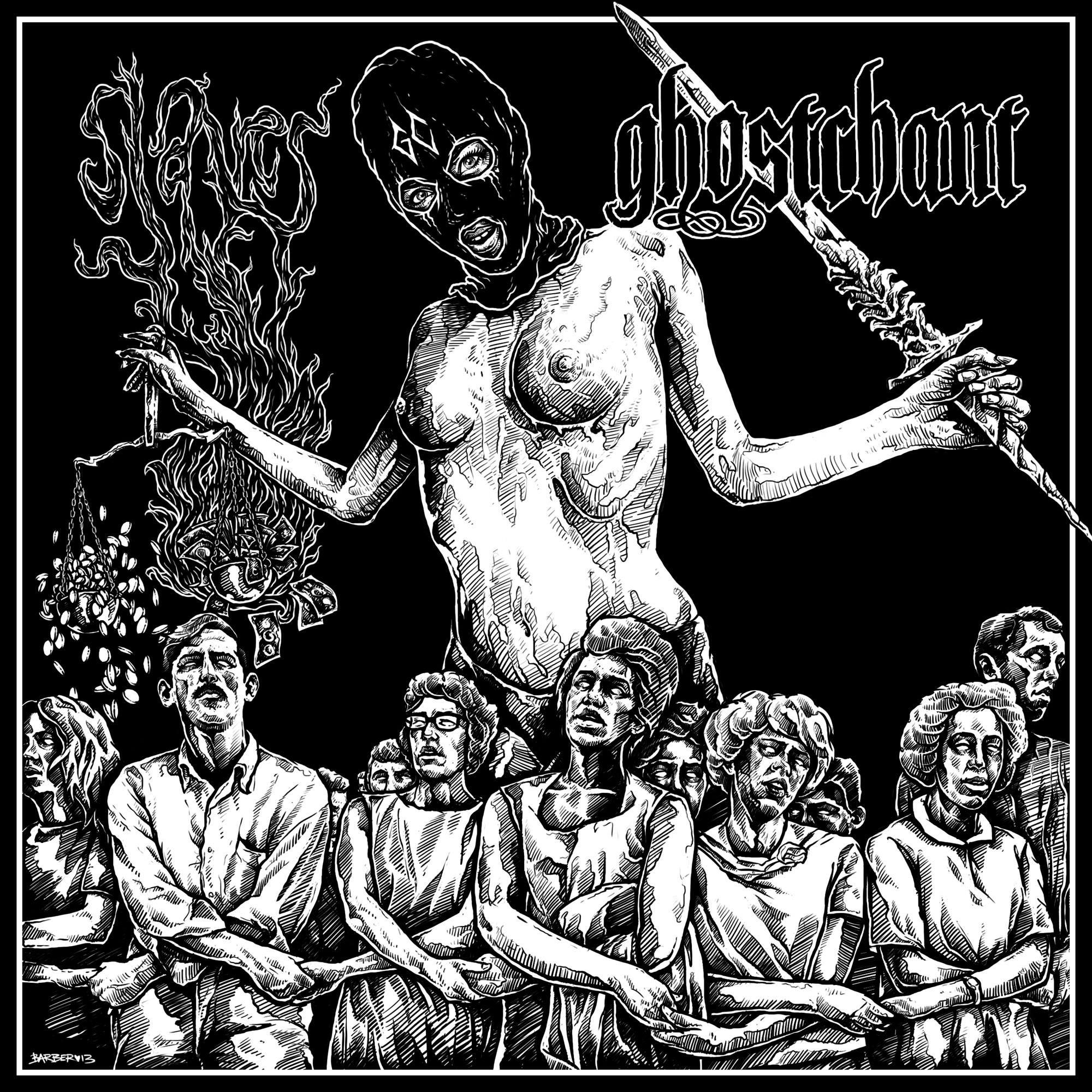 Maybe you know that feeling, visiting home after a long time (for Christmas for example) and everything has changed, but than you see, smell or hear something that is familiar.
Most of the time I´m trying hard not to be nostalgic, but almost the same happened, when I was listening to the new EP of the Hungarian hardcore band GHOSTCHANT. Actually the band is something like a pannonian hardcore supergroup (I don`t imagine that they would like that term, but I think it`s appropriate) with members of THE IDORU, NADIR, BRIDGE TO SOLACE and my beloved NEWBORN.

“So who are you going to enslave today?”

The first release is called „Slaves“ and includes four Songs in an average 12 minutes. From the first track the atmosphere is dark and tense. The song starts with heavy and hymnic guitars that turn to a chaotic vortex that suck you down into the abyss. I would describe the EP as a blend of TRAGEDY and CONVERGE. “Shards” is a good track to get some taste of GHOSTCHANT.

“This world is fucking dead
It’s what the CEO said”

As you can imagine the lyrics aren`t easy-peasy. The vocals are more barked than screamed and remembered me of RAISED FIST or TRIAL. Being in an economic and politic unstable constellation, eastern Europe is a good place to be angry about the direction that the world is turning these days. Read an interview with Zoltan, the singer of the band in which he explains the lyrics and tells you more about the band here.

Long story short: I really liked this EP and hopefully there is more to come. In my opinion they made a good start without compromises. There are a few great hardcore bands in eastern Europe (like EXPACATIONS or CVLT OF GRACE) and GHOSTCHANT is definitely one of them.