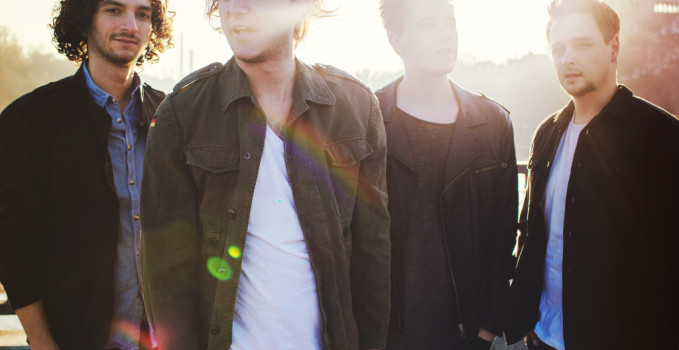 Kytes – On The Run

Hype bands are always quite a difficult thing to deal with. I mean, what do you make of a band that just formed and instantly gets voted as the band of the week, by one of the biggest German daily newspapers? When a band is selling out venues without even having released a full album (or an EP). Kytes from Munich are the band in question in this case and On the Run is the name of their debut EP.

The first time I took notice of the band, I got sent an email by an A&R contact without much ado. Basically it was just a blank email with a MP3 attachment. I immediately liked the sound. And it’s still a really catchy song a few months later. In the meantime the band filmed a video for said song in Brighton that sums up the band pretty nicely for me. On The Run is a five song statement of intent. The intention not to sound like any other German band. The intention not to be counted as one of those German hopefuls that never make it across the German-speaking borders. It’s a shame really that we are still talking about borders and markets in the music industry. But people and media still seem to think that anything from the US has a global appeal, while music and acts from other countries are just nothing to be reckoned with. German bands especially find it hard and that means doing injustice to a lot of those bands and their great music.

Kytes‘ music is funky, danceable and highly melodic. Just think about the great wave of UK indie bands in the mid-2000s. Then add a little Ok Go funkyness in the mix and you can dance through your bedroom like it’s 2006 again. Stand out tracks are definitely the opener On The Run as well as the closer Inner Cinema with their great hooklines and uptempo quirkynes. It’s refreshing to hear a band like this again. A band without the need to add electronic drum tracks and sub-bass rumbling to every single track. It’s a band record. And one that creates appetite for an upcoming album. And the first days of spring and summer in 2016.

On The Run by Kytes is out on November 11th via Lichtdicht Records.
You can pre-order your copy here.

You can pick up your ticket here: http://bit.ly/KytesTickets