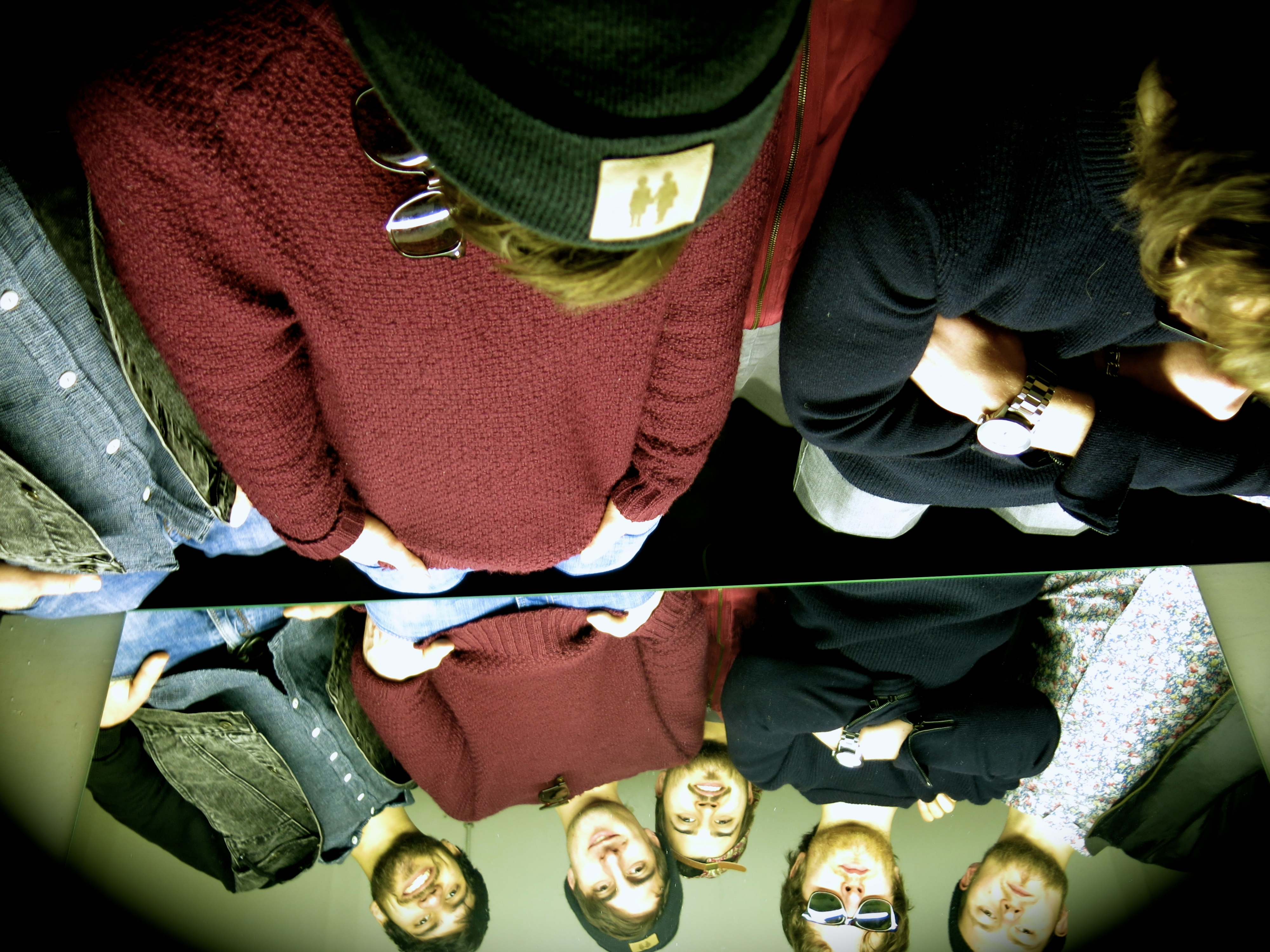 It has been some time since I have stumbled across a totally new band that made me dance around the room in celebration. But during one of my ventures deeper and deeper into the youtubesphere I found the video to City by a band called Leoniden. The first lines are just accompanied by hectic drums and more vocals until guitars and synths kick in, paving the way for one of the catchiest choruses I’ve heard in years. I suddenly felt this sense of excitement I last felt when „Banquet“ came on at MTV for the first time. So I started digging deeper and found the band was signed to Delikatess Tonträger, a small but very fine label from Hamburg.

Fast forward a few months and here it finally is. Invert India, the debut EP by this fine band. The five songs are just as promising as the first single. The frantic drumming and meandering guitars that open Storm (which was also awarded with a brilliant video) are adding more fuel to the Bloc Party comparison, the break at 2:10 is even reminiscent of Foals dreamiest moments. But there is this sense of urgency, anger and energy in the vocals that really set the tone and set them apart from early 2000s Post-Indie-New-Wave-Whatever bands. There’s nothing else to add to „City“ than: What a fucking hit!

STRGGL is as smooth and soulful, an indie song can get. It’s amazing, mind blowing and scary how good this EP is. Every song has their own twists and turns. And every song finds its way right to your ears. It’s not music for your mind or for solitude. It’s tying knots into your limbs because you want to dance so hard. I would love to have all my friends around when listening to this, all the world should be there so I can embrace it. It’s so positive, god, there’s even a cello hidden in Constant just for one note and just to be blown away by heavy drums, that lead to a synth bass break, with reverbe guitars that then fall into an off-beat that then…ah, you just have to listen to this!

Sure, there are looming names of big anglo-saxon megasellers like Foals or early Bloc Party, but this is different. It’s so layered and bloody beautiful that I can’t help but hope that they get more attention and stick around for a long time! If this blog would rate music with numbers it would be a 5 out of 5 – scratch that – a 12 out of 10! Brilliance in 5 songs!

„Invert India“ by Leoniden is out now via Delikatess Tonträger. Pick your copy up here!