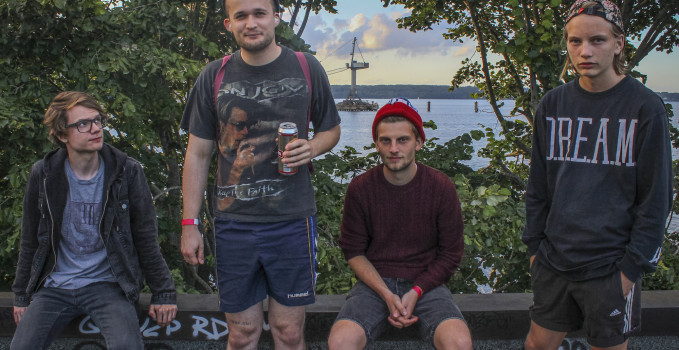 A whirring guitar, then a second guitar and all of a sudden bass and drums crash in. It may not sound like the reinvention of the wheel, but LIRR are different and Ritual is a strong statement. Emo and Germany have had a difficult relationship at times. While the US is full of new bands playing basement shows, releasing music through mini labels and working in a tight knit community, Germany hasn’t been that fazed. Don’t get me wrong, there are always a couple of bands that wave the emo flag and they do a pretty good job at that (think about Sleep Kit, Rollergirls, Morla) but LIRR from Flensburg don’t necessarily sound like them.

Their four track debut EP Ritual reminds me of metal infused mid-2000s heavyweights like Underoath or Saosin, then atmospheric and noisey breaks remind me of old school screamo (think Orchid in melodic) and there are also post-rock sprinkles in there. On top of that Lirr even throw in some indie nonchalance (

Rituals by Lirr is out April 1st via Through Love Records.
Make sure to pick up a copy here.