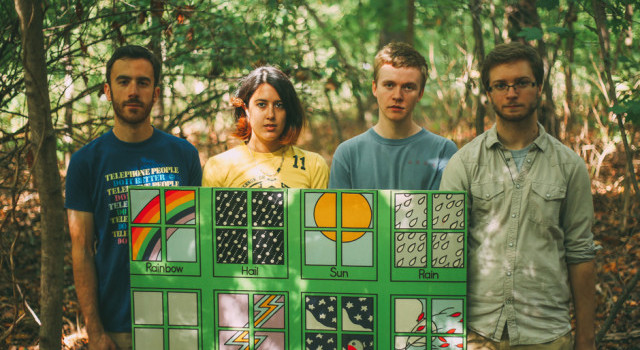 The internet only offers some rare finds these days. With it, we seem to be overwhelmed by choices and fall into the trap of listening to the music backed by big money to buy our attention. Without it, I wouldn’t have come across a great little band from Montclair, New Jersey though: Pinegrove. At first it was the voice of Evan Stephens Hall on a song called Angelina, then the energy and lyrics of Recycling and finally the mixture of emo, indie and country sprinkles from Old Friends.

I have never found a gateway into country music to be honest. Germany is too far away from miles and miles of corn fields, cowboy hats, open plains and empty roads. Johnny Cash, June Carter, Hank Williams or new guards like Florida Georgia Line or Tim McGraw are all names I am familiar with and their music has been played on my stereo for sure, but I never really got it. Cash became important for me with his Nine Inch Nails cover, I only started digging Taylor Swift when she went full on pop. But the way it is mingled with indie music was always an easier entry point for me. Buffalo Tom, Chamberlain or Rumbleseat were the ones that got the ball rolling for me. Pinegrove are on a different level though. Their compilation Everything So Far is packed with 21 really great songs without exception (see the aforementioned Recycling, Angelina or Need 2). And now we have Cardinal, the proper new album.

The eight songs are following the same recipe as its predecessors. Country twinkles, mid-tempo drums, squeaky guitars and the wonderful lyrics by Hall. Throw in some beautiful harmonies, the odd lap steel, distorted guitars and odd rhythms and you have a powerful record breathing open roads, lush green forests, rays of sun, afternoons at the lake and small town troubles. This is the sound of suburbia and I definitely don’t mean this in a bad way. While we are all so stressed out by the relentless dictate of social media, EDM-radio noise and a fucked up society, Pinegrove manage to take it down a notch. And they are drawing you into their world so nicely that you follow swift.

Cardinal contains deeply personal, yet universal songs and stories. Songs about leaving, about personal relationships, about little doubts, about insecurities. They are excerpts of emotions and situations we can all relate to. Most of the time Hall doesn’t even have to name the one underlying theme, his descriptions are more than enough. Pinegrove have released an unbelievably good album with Cardinal, an album that will wiggle its way into many top of the year lists come November. I’m very sure about that. It’s a gem. And we should all love it for being just that!

Cardinal by Pinegrove is out now via Run For Cover Records.
You should pick up your copy here.