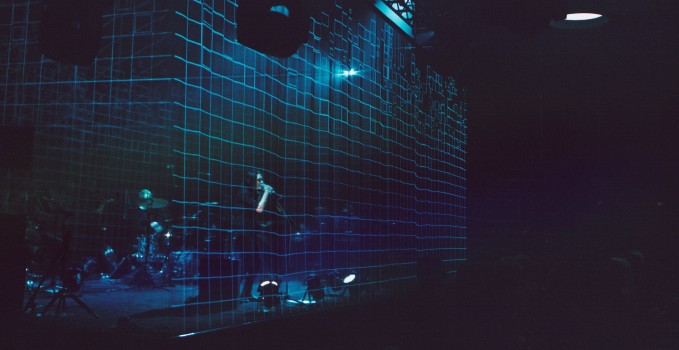 So this is it apparently. My very first music review. Never did I think anyone would be interested in what my thoughts on music are, but as it turns out, I was wrong. So hey – in case you are the one person actually reading this: Thanks a lot mate. I really do appreciate it. But enough of this sentimental nonsense- although in some ways music reviews are always sentimental nonsense – and lets focus on what you actually came here to read for – a review of Placebos’ MTV Unplugged.

Reviewing artists that you feel really close to, and that have had a special meaning in your life, is always a bit unfair and bit (or a lot) biased. But then again isn’t that always the case with music?
Placebo were what you could probably call my very first love for music. Okay, I admit that’s a lie. My very first love for music was Christina Aguillera. But hey, I was 10 and my entire room was wallpapered with her posters and bits of Sailor Moon merchandise. But Placebo saved my taste for music and brought me back on track. Their music accompanied me through my entire teenager years. I recorded dozens of tapes together with friends, on which we performed almost every single Placebo song. I listened to them when I fell in love for the first time and also when my first crush broke up with me. Their songs eased my pain throughout my parents’ divorce and comforted me when I lost a friend. A Poster of their Meds Tour back in 2006 is probably one of the most precious items I own, and I remember bursting out in rage and tears, when I wrongly thought that someone had ruined it.

Of course Placebo’s sound changed throughout all those years, which in general is a good thing. Progress is important and nothing is more boring than a band, which keeps on publishing the same 12 tracks every single year. Still, Battle for the Sun and Loud Like Love where those kinds of records that you wish you never listened to or could simply forget about. Nevertheless, when Placebo announced that they will perform a MTV Unplugged I was more than excited. I admit, MTV Unlugged concerts are by far not as cool and exciting as they were back in the days, and some artists that were chosen lately to perform just make you wonder what happened to this musical institution, that used to be an honour. Still, the announcement and the fact that this concert was supposed to be a gift for the fans and a celebration of their 20 anniversary, left me absolutely thrilled. Back then I lived in London and being able to attend that concert would have been the cherry on top of an amazing year.
So you might be able to imagine how disappointed I was, when I was not lucky enough to win a ticket in their ticket lottery. But on the bright side, I now had the chance to pre-listen to their Unplugged record and can now share my thoughts on this with you guys.

First of all and from a fans perspective, the tracklist is what can be considered a “Fan-Service”. Without you I’m nothing, Slave to the Wage, Jackie and Post Blue. Wow! Sadly Pure Morning and Nancy Boy did not make the cut but nevertheless it is a great tracklist. Especially because not too many songs from the last two records are in it.
Placebo are one of those bands though, that are amazing because of their sound. Playing an unplugged show is therefore a problem at first sight. But as they stated themselves, they wanted to leave their own comfort zone and create a new sound. If they managed to achieve that is doubtable though. Of course they added strings and a grand piano next to more experimental instruments such as an oriental zither. And of course they had exciting feature guests like Joan and Broken Twin. Still, Brian Molkos’ voice is unique and in the very second in which the vocals sets in, the known sound and the atmosphere are back again. I don’t mean to say that this a bad thing. I could listen to Brian Molkos’ voice for hours, maybe days, without getting tired of it.

The question remains if there is a need for this record or if there is any need for MTV unplugged records at all? Honestly? Probably not! If you don’t like Placebo you won’t like their unplugged record either. But if you, just like me, have followed their career for years, their unplugged record is a beautiful piece of art that you shouldn’t miss out on. Also, the video footage of the concert is just brilliant and if you have not watched it yet I strongly recommend you to do that. You know what? Just do it now:

The recording of the show will be released just in time for their 20 year anniversary on November 27th on CD, Vinyl, DVD and Blu-Ray via Vertigo/Capitol/Universal Music. Just in case you bother. And with that said, I will now say cheerio and goodbye from this totally not biased review.