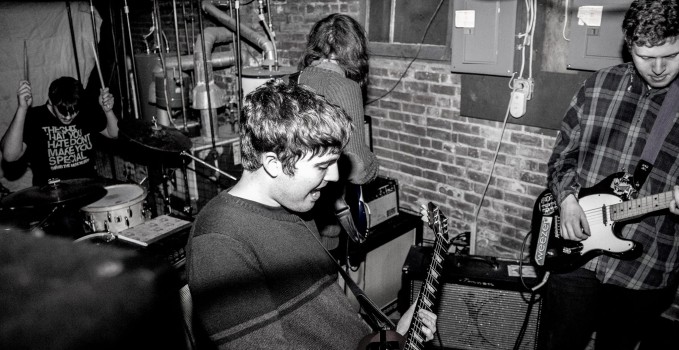 Let’s make this a fairly quick one. Prince Daddy & The Hyena have completely blown me away. I might be a bit late with this review, but Adult Summers is one of the best EPs I have heard in ages. Period. I couldn’t care less if this is in any way biased, because music is always something you can’t talk about objectively.
I fell in love with this short burst of five songs when I stumbled across it on a night-long bandcamp browse. I have since told friends about it, but only a few, I’ve listened to every song continously over christmas, at home, on the run, on airplanes, at airports, in the streets, on public transport and in the blistering cold that is called Berlin winter. I have fantasized about pressing these songs on vinyl and make it the first release of a record label I’m talking of starting for years. But mostly I’ve been catching myself humming melodies of these songs to myself when I’m not even listening to that damn EP.

Adult Summers takes me back to my time at university. To hanging out with friends. To drinking way too much. To making stupid decisions on nights out in Liverpool (not that the decisions I’m making today are always too clever either). To falling in love. Thematically Prince Daddy & The Hyena are not too far away from slacker favorites Fidlar and they also share a similar energy. Nevertheless, the almost ten minutes are not all just in your face punk bursts. They play with electronica (Adult Summers Part II), brilliant do-whoop harmonies (I’m a Bum), unexpected breaks, heavy guitars, gang shouts, hop along melodies (Revenge of the Spiderbees) and the best stolen drum machine from The All-American Rejects (Hidden Track). The hidden track is a gem in its own right anyway, with the vocals almost cracking when the music builds up.

Kudos to the production as well. It’s roomy, spacious enough, but rough to the core. A mile long improvement to the Skip Cutscenes! Blow Loud! demo. Anyway, if you’d be looking for just one 10 minute burst of rowdy punk teenageness, look no further. Adult Summers is the best you’ll get. And the only record you’ll need until they come up with a follow up release.

Prince Daddy & The Hyena, if you’re reading this, hit me up. We have to get you to Europe!

Adult Summers by Prince Daddy & The Hyena is out now via Broken World Media. You can pick it up on tape here.