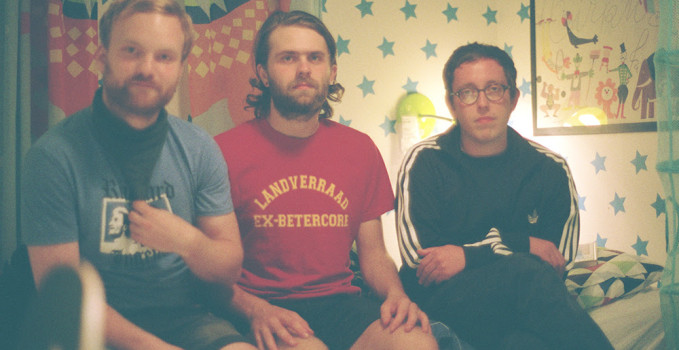 Two years ago I stumbled across a bandcamp link that took me to the debut EP by Sleep Kit. I had never heard the name, I’d never heard a song. Sometimes you remember every detail when you hear a song for the first time. The exact date, where you were, who were with. Sometimes it’s not the first time that sticks, it’s that one special moment. And sometimes, it’s not even a singular moment but the sheer addition of moments a particular song or album was with you.

If I’m being honest, I can’t remember the first time I listened to Sleep Kit. I’m not even sure if I found the band through a blog or while browsing genre tags on bandcamp. But what I do remember is how long it has stayed on my iPhone, iPod and generally everything I play music on. Over the last two years the only bands that come close are Atlas At Last (first and second ep) and Joyce Manor (everything). It’s not that I’m obsessed with this band, but it feels like one of those rare treasures you dug out from the deep interwebs. Yet Sleep Kit aren’t even from that far away. They are from Cologne, Germany and Maastricht, Netherlands and constantly tour mainland Europe. Their self-titled debut ep was later released via UK label Big Scary Monsters (the first act from continental Europe to release there if I’m not mistaken). And now the band has finally finished their proper debut album.

Simply titled II, Sleep Kit have delivered a bloody exciting record. Musically the 5 song EP was already quite diverse with its catchy opener and some proper hardcore parts. The album doesn’t include any of those songs but develops the bands sound nicely. II feels a little more balanced, a little elaborate and sophisticated. Songs like Standy Me or Discontent/Disconnect are loud and melancholic at the same time. The album reminds me a lot of early Small Brown Bike and their offshoot LaSalle. It’s that noisy mixture of indie, punk and emocore that I fell in love with during my teenage years. And who would have thought a Peter Gabriel song could be translated so beautifully into the bands sound? The 9 songs on II make for one of the best debut albums I have listened to in a very long time.

I can’t see why anyone who loves loud music somewhere between punk, indie, emo and a love for shoegaze wouldn’t love Sleep Kit. What we have here is a very talented band that has recorded a fucking great record and who plays it brilliantly live as well! If we rated albums by a points system, this would get the full score. And now go out everyone! See this band live and buy their record! Let’s give them the audience they deserve!

II by Sleep Kit is out now via Big Scary Monsters.
You can pick up your copy here.