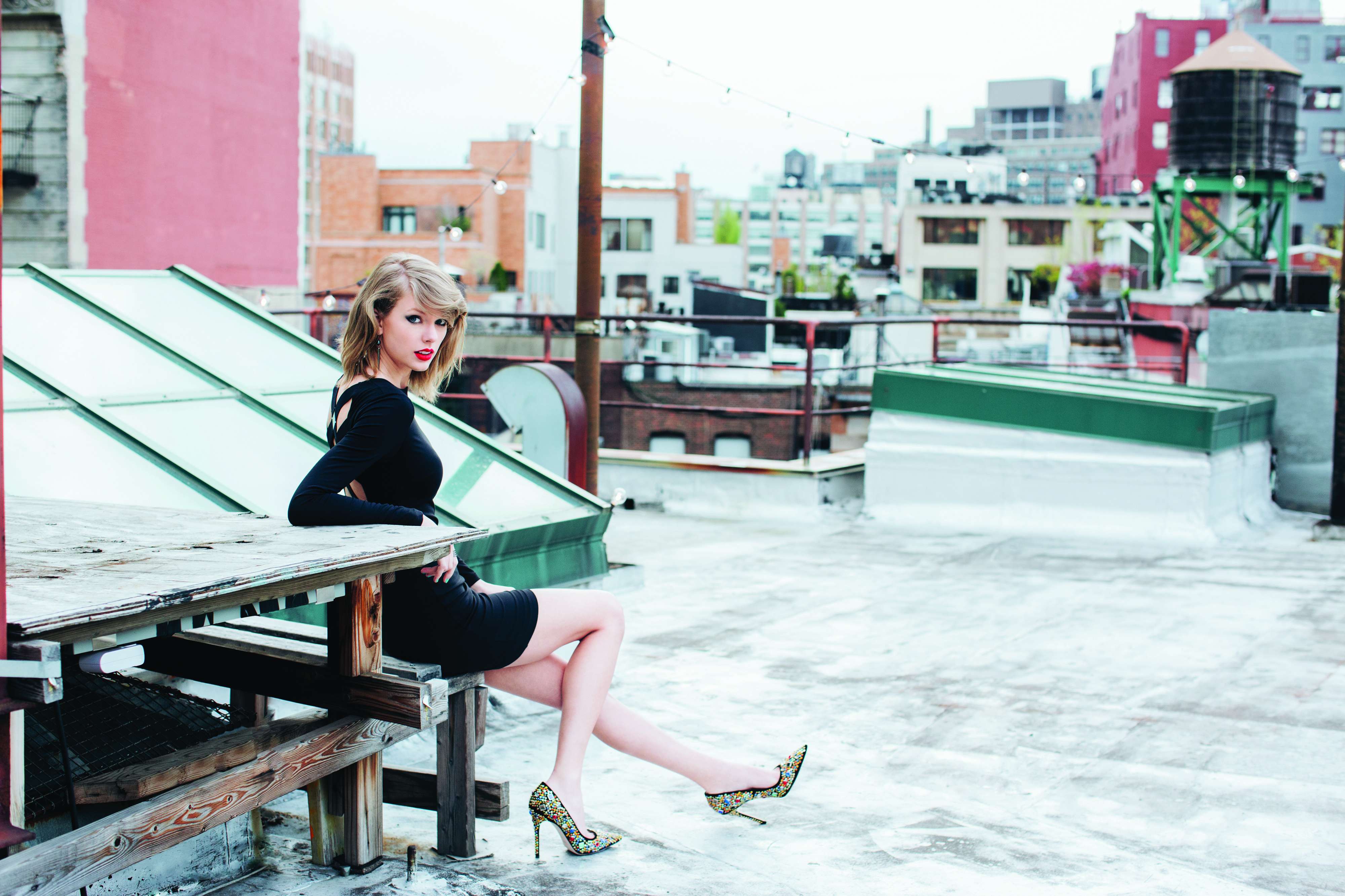 What have you done to me? I knew I was a sucker for sweet pop music even before you blew my mind with your infectious hooks and your quirky attitude – ok, let’s face it, sometimes you look a little bit like a dork. But I don’t care, because I mean that in a cute way. The way you sing songs about all your ex-boyfriends makes everyone go a little „aww“ for you. But, I mean, you’re always the one coming out top of these summer flings, highschool-love-affairs. I love that.

Now your new album has been released and you’re making it not easy for me. You said you wanted to make a real pop album. But wasn’t this already pop perfection? Or this? Ok, let’s just say you wanted something more this time. So what can I say about the 16 songs? Are they as close to perfection as a pop song can be? Are they any different from the songs on Red?

No and yes. It takes time to really get into it, which was a lot easier on your last record. Shake it Off was a brilliant choice for a first single. On first listen it’s the stand-out track of the album. And oh my god were you funny in that video! We all knew your dance moves are not the smoothest, but you showed such an adorable humor with it. The rest of the songs comes wrapped in polished pastel colors and layered with contemporary pop production. Did you not think that this could be a tad too much maybe? Are you not scared of losing your musical identity? The one you’ve been building your entire career?

Maybe the choice of your producer should have been an early warning sign of how this record would turn out to be? Or how do you explain the blatant Katy Perry references (Stlye,I Wish You Would)? I mean, the guitars are still there (How You Get the Girl or This Love), but they tend to get lost in monochrome ‚contemporary‘ production, which is sad. You were the queen of keeping the song at the centre of everything so far, why change that?

But it’s not like 1989 is a total disaster, not at all. I’m finding my peace with it, the more often I listen to it. The one minute and forty seconds of You Are In Love are 1980s tinged pop perfection. The synthesizer melody sitting low key in the mix is awesome! The way I Know Places is building for almost a minute on a chopped of beat just to reach its climax in a wonderful pop chorus is genius. As is the vocal break at 2:20 in the same song. Welcome to New York might have one of the most annoying and cheap sounding synth leads ever, but your voice kisses all worries away!

Taylor, you still made an album of such magnitude, that it will be the biggest selling US album of the year – by a mile that is! You’re too clever to run rampant just as your career is reaching new heights and you’re on the best way to cementing your place as one of the biggest pop stars in the universe. You’re only 24 and you managed all of that without riding naked on a wrecking ball, or making out with Madonna on stage, so kudos to you!

If you’d grant me one wish though: Put the song back in your focus. You can write them and you don’t need masses of studio effects or cheeky producers plastering the album with cheap effects, pre-programmed drum samples and all that other bullshit!