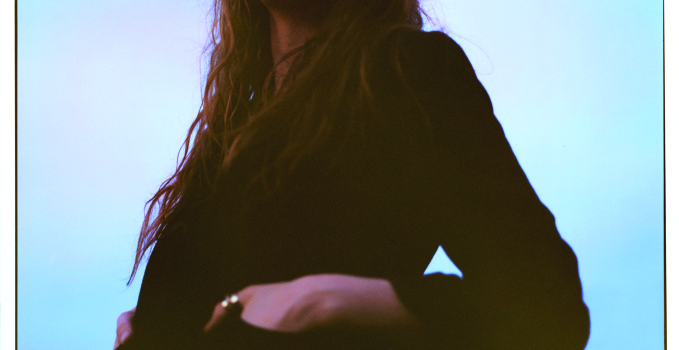 Talking Pop: Florence And The Machine

In this installment of Talking Pop, author Carlo is talking about his love for Florence And The Machine. How she’s been haunting him since her first single and why music is always so closely connected to ones own biography.

I’m sitting in my parents living room in 2009. The tv is on, and a Swiss television station is running. It’s sometime in the afternoon and instead of sitcoms or talkshows, they are showing music videos. There’s this one video with flowers in front of a white backdrop. A red haired girl smashes a mirror, sings about her revenge fantasies, about kicking a guy. It’s all a bit nasty. It’s all a bit wild and accompanied by rolling drums and some rocking guitars. It sounds like a bit louder than Lily Allen’s Fuck You from earlier in the year which together with Kate Nash made for a new wave of British female singers. It’s cool, it’s definitely British and it’s a bigger feminist statement than all the other pop starlets in the charts at that point. I’m intrigued and I’m making a mental note to myself not to forget Florence and the Machine. I won’t.

A couple months later I’m going out with a Emma. We meet a week before I’m leaving Liverpool for my summer back home in Germany at a friend’s birthday party. After I leave, we skype almost every day, tell us, how much we miss each other. We’re talking when the news break that Michael Jackson had died. I’m flying back for a week shortly after. On my first night back, we’re going for dinner. On the way back to her place we kiss for only the second time and I’m spending the next three days at her appartment. We’re staying in bed all day, kiss, eat, have sex. We talk and listen. She loves wearing my shirt and I love the way she’s tip-toeing through the room with her lingerie teasing. I love the way her hair moves when she’s dancing to the music coming through her crappy laptop speakers.

When I move back over in September we’re a couple. We share common friends, she loves my interest for music. While I’m finishing my bachelor degree, she’s working for a pr company. We watch True Blood religiously. We go out with friends, we have dinner together, we listen to music. And every time I get back to her place, I find another album I showed her on her computer. What I take from her is Modest Mouse, and ‚Maps‚ by Yeah Yeah Yeahs will forever remind me of her (She got us tickets for the show in Manchester, but I don’t go with her, I’m too young and too much of an asshole back then. We split up shortly after. I’ve only ever seen her twice since). But really, she was my Florence. The amount of times she would dance to Dog Days, the amount of times I’d fall asleep next to her whispering Florence‘ lyrics in my ear. Her flowery dresses. Her hair. The total chaos in her wardrobe. I’ll never forget the way she looked me in the eyes. The way I made her smile and laugh. Her clumsy way of running into every piece of furniture in her way and the bruises she’d show me the next day. Or that one night I had to pick her up at a bar where she was drinking with her bosses absolutely wasted (It was one of those Hollywood-Rom-com-moments! Believe me). I ended up being the machine. My power ran out. I ended up emotionally distancing myself from her. I wasn’t able to engage with her problems, or I didn’t want to. And when it was clear that I’d leave Liverpool for Germany it was over.

I started DJ-ing in a bar for fun during my time in Hannover. About once a month I’d put on some songs at a bar. I tended to start my sets with Southern Soul and 60s classics. After an hour or so I made the transition to folk and indie, before playing the hits (I shared the DJ duty at a university party one night with a friend. By 12am he told me: We’ve got to play the hits now. Just hits hits hits. I’ll never forget that Marc!). Arctic Monkeys, Strokes, Interpol etc. The later it got the more electronic music I smuggled in. Robyn, La Roux, Crystal Castles and Jamie XX were my favorites. I started getting into Techno and Deephouse. I listened to Kanye and kept searching the internet for music I could play as a DJ.

I love the way Jamie managed to completely make >You’ve got to love his song. Romy’s voice is a brilliant fit as well. The remix or let’s better call it a rework, dismantles the pomp of the production and highlights the depth of the song. It took me a while to understand what was drawing me towards techno, but it’s the desire. The melancholia. All these emotions deep down inside of you. The little quiet voice in your head that keeps on telling you that not everything is alright. But the music is telling you that it’s ok. Even if there’s some clouds above your head they are ok up there. And you’re more than ok down here.

FLORENCE AND THE MACHINE – WHAT KIND OF MAN from steve annis on Vimeo.

A few weeks ago I’m sitting in the office of a Florence’s label. I’ve been looking forward to this day. It’s not one of those meetings where both parties have a set agenda they are pursuing. No, this is all about Florence and her new album. I’m allowed to listen to the whole record. One track after the other and it’s great. Different maybe, but great. There’s no song on the whole record that sucks. No song I could identify as a filler. The production is immense. Tell me a single artist out there who manages to produce such an orchestral sound while being radio-friendly? I’m telling you, there is not one.

FLORENCE AND THE MACHINE "SHIP TO WRECK" from VINCENT HAYCOCK on Vimeo.

‚Don’t touch the sleeping pills, they mess with my head.‚ Yes Florence you’re like the other girls in my life. And I’m sure you’ll stay, just like the others have stayed with me. If all musicians would have me looking back at my past like you did, I wouldn’t even need pictures.

Florence + The Machine – How Big How Blue How Beautiful will be out on 29.05.2015 via Island Records / Universal Music.