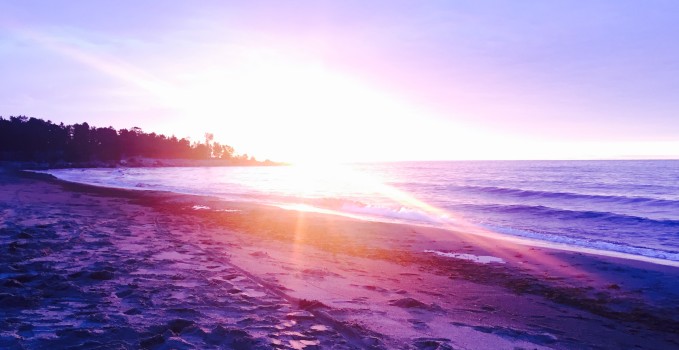 It’s boiling right now in Berlin. The summer sun is sending it’s rays in bloody short and intense bursts. The office I’m working in is boiling too and I’m sweating my balls of while I’m writing this. The city is bursting with tourists relaxing in cafes, chilling in the parks, cueing in front of ice cream shops. Could be worse right? Definitely! And because every season calls for the right soundtrack, here’s our summer sun playlist.

L’Aupaire – I would do it all again

I first heard this song on a cloudy day in a record company office. Even for the blindest person out there it’s easy to understand why I left the office with a big smile on my face. The fluffy melody just makes grim days a little lighter. Now it’s summer and the song is still running through my head. L’Aupaire is this young lad from Germany, but he might as well come from the US West Coast. His voice has this nice 1960s vibe to it that brings back childhood memories. I promise you won’t forget the chorus for days on this one.

Put a bit of reverb on the vocals. Sing your lyrics with a gnarly, slightly bored voice. Add dry drums and some distorted guitars. Then throw in some female back up vocals and strange noises. If you’ve got a nice melody too, then I’m hooked. I can feel the sun tickling my nose. I feel the lethargic heat of summer and the cold drink in my hand. Gang of Youths know how to write a summer hit. This is one of mine!

Why the heck has this song not been picked up yet by the hype press? It’s got everything. The cool beat, the hushed vocals and a brilliant synth melody. I love putting my headphones over my ears and walking through the warm summer city air with this song on. Takes me to LA. It makes me smell the night. It makes me smile. No, it’s not your obvious radio single, but it’s the perfect soundtrack for late nights or early mornings. If this is anything to go by, I can’t wait for more stuff from Ghost Hours!

Even though this song even got ’snow‘ in the title, I can’t stop thinking about the sun going down over the ocean when that lead guitar lick comes in. It’s so dreamy and sunny. I’m getting all soggy with memories of beaches, sundowners and my friends when it keeps repeating towards the end.

Honestly the new Miguel album will make it into my top 10 for this year. I wouldn’t have thought that I’d ever say that about this guy. But there are so many hits on there. It’s R’n’B, yes, but not the kind you’d expect. It’s clever, it’s got guitars and it’s 100% sex. Coffee is the lead single and there’s hardly anything better than summer and sex, right? Exactly!

Yes, this is a German rap song and for my international readers, I’m sorry if you don’t understand the lyrics. Chefket has been round the rap stages for quite some time but this album might be his break to the mainstream. It’s full of pop hooks and relaxed, old school beats. He’s doing it all right and even though it’s only out in a few weeks, I’ve been listening to it since it landed in my inbox. It’s a brilliant summer-vibe album. And I’ll eat a broom if this doesn’t end up high in the German album charts!