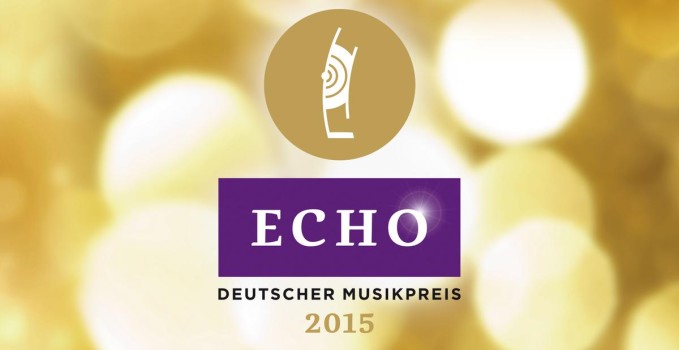 We are small, we are few

It’s that time of the year again, where the music industry masses gather in Berlin to celebrate… well themselves basically. It’s Echo time. The German version of the Brits, or the Grammy’s but even by comparing the Echo to them, I’m almost insulting the other awards. But I’ll be attending again and I like the whole idea of dressing up, drinking together with everyone at the aftershow (yes, there’s only one aftershow party) and feeling really gash the next morning. But the awards show how dominant the big three majors really are.

There are 22 categories with 5 nominees each, i.e. 110 possible acts. Out of those 110, 11 nominees are indie or not going through a major label distribution deal. Last year, Adel Tawil won the award for ‚German Newcomer of the year‘ despite being a well established multi-million selling German artist. 17 of last years awards went to Universal Music, while Sony bagged three and Warner two with the indie artist DJ Koze receiving the critics Echo and the only one for an indie.

Basically we are always talking about the internet finally giving freedom to all artists and users breaking the power of the major labels as gatekeepers but then why is it that all the majors still account for the biggest acts? I’ve been looking for an answer for quite a few years now and I am tired of arguing my point that an oversupply of music and the availability doesn’t lead to an increase in sales or the vitally important attention of fans, media and the public. It has led to a bigger gap between the money backed majors and the tight-budgeted indies. Competition is now even broader and to achieve mainstream success you need to spend marketing euros (or dollars) on a wider array of media outlets and there’s no guarantee that anyone actually cares about you for more than a minute.

We are selling shit for gold

As mentioned before, last year’s award show was a joke. Hosted by the omnipresent Helene Fisher, the plastic pop icon of the century, who managed to grab a few awards herself while hosting the show. Ok, no biggie. There was plenty of controversy when acts cancelled their attendance because ‚Frei.Wild‘, a dubious (at best) band from Südtirol (that’s in Italy, but one of them is living in Munich, and they sing in German) was nominated for the domestic rock/alternative award. Funny enough they are nominated again this year together with (former) nazi-band Böhse Onkelz. Only this year around, nobody is calling for a boycott.

That’s the way the industry works I guess. Remember when Arcade Fire won the a Grammy and the oblivious internet public lost it for a night? Well at least the band got the chance to win something. The Echo awards are largely sales based, so this puts the above mentioned in perspective a bit. It’s still a sad fact that the biggest music award, in the third biggest music economy, and in a country which prides itself with a big cultural history (Bach, Händel, Beethoven, Stockhausen, Kraftwerk, Schiller, Goethe…), is based on record sales.
It feels surreal to me that record label executives lavishly celebrate their sales success stories with acts like Oonagh or Santiano and not be ashamed of it. Don’t you remember the 1990s? That’s when too many cokeheads sold too many crap eurodance singles while still hooked on the CD gold rush. Don’t you remember what happened then? The collapse? The massive (and still ongoing) decline in sales?

Yes, music still plays an important role in many people’s lives but what are they buying into? Fuck it. Maybe German audiences deserve just what they are getting: A bland, cheap and disgusting mixture of casting show instant stars and assembly line pop that’s even less clever than the jingles they use on radio ads.

Well it all wouldn’t be that bad if the awards had a little whiff of Grammy glamour or Brit awards coolness. But they don’t. You would expect a show that is being broadcast live on national television is full of international stars and starlets. It’s not. And I can feel with all the international acts having to sit through the full three hours of foreign language jokes (they are bad), German live acts with almost no international class or appeal and no breaks or drinks (anyone remember this Arctic Monkeys acceptance speech?). Last year I was there with a colleague from London and his looks during the show said it all. A few weeks later we met in Brighton again and I asked him jokingly whether he’d come back next year. His answer was a simple: ‚Fuck no man.‘

I guess the problem is that Germans have never learned to really make fun of themselves. They can’t laugh about their own music or ‚art‘. The public isn’t really making that much of a deal of it, as the industry does but the industry itself is not taking their work seriously by my accounts. And as long as we don’t make amends it won’t get any better. Brush off the dust, change the process and involve the experts, the fans and make it a real award about music. Fuck the charts they are corrupted anyway (but that’s a completely different story).

All that’s left for me then is go there, meeting friends, making new friends and drink so I won’t get angry. Thanks for reading.