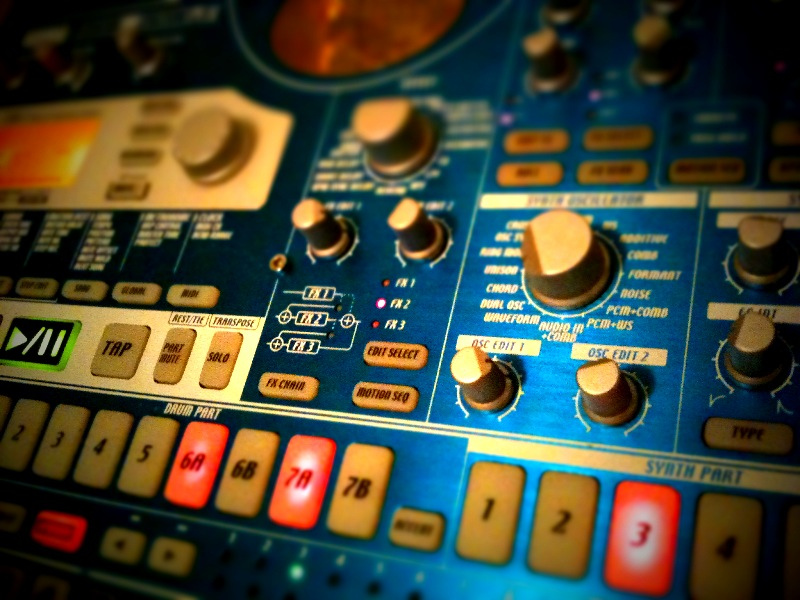 In Germany they say that sometimes you have to look over the edge of your plate. What might sound like the desperate escape route of your meaty dinner, is actually a very useful hint for your everyday music nerdism. Yes, we all love certain kinds of music (this blog does too), and we tend to soak up a youth cultures and if we are attracted to them, the chances are quite high that we actually start to play an active role in these subcultures. The problem the German saying is referring to, is the tendency to become blind and parochial with everything from outside our peer group or culture. I see the younger me as a prime example for that neglecting any urban or radio pop music because they were not adhering the d.i.y. ethos I felt close to. It took me three years of studying abroad to develop any kind of appreciation apparatus that was detached from my subjective reception. A few years on, and despite my passion still going very strong for d.i.y. guitar and noise based music, I have also delved into the realms of deep house, techno and pop music, as well as a growing fondness for urban music.

So in „The Bigger Picture“ we’d like to present you with a regular round-up of new music outside of the usual topics. Let’s get started with the first episode, a wonderous look on rhythm, beats and voices.

The video actually starts with an intro from another song. A bit awkward and that makes it look and sound like your everyday US hip-hop with girls, and cats and so on. But come the first 30 seconds and this song morphs into a rap soul smasher with such a minimalistic beat, you can’t help but feel. It’s not a song for showcasing double-time raps, ill spitting skills or massive amounts of street credibility. The sparsely spread lyrics, the female voice that doubles the hook, and the sampled drums. It all makes for such a good and tasteful love song no matter what genre you’re into.

It’s quite impressive how influential and important certain labels can become. Think about Factory Records in the 1980s, think about Epitaph in the 1990s or XL at this moment. Labels still work as a filter for the fan. They invest money into talent they think is worth sharing. But it’s not just that. At their best, labels can still capture the vibe of a whole scene, encapsulate a time, an area, a movement. But as important as they might seem one day, they can vanish as quickly. All that’s left, are the records. Vocal relics, cultural artifacts that remain.

FKA Twigs is signed to Young Turks, a label that plays an important role in left field electronic driven R’n’B from the UK (watch some amazing videos here!). Merging R’n’B with fresh electronic beats is nothing new to the genre, the European approach is distinctly different to the US one. The US loves their big EDM, i.e. Skrillex, Avicii, Guetta and so on. The UK always had a tradition of a far less mass appealing approach. Grime and UK Garage play a far more vital part, as does Trip-Hop. Listen to Two Weeks, and you’ll hear a slowed down beat – you won’t be able to dance to on mandy. It’s the ketamine to US euphoria. But it’s the build up, that will clog your throat and finally deliver the sweetest of takes on melancholia.

Ry X had one of the best songs of 2013 in my humble opinion (there’s also this amazing remix of it!). And his new project The Acid is nothing short of that quality. I mean, is there such a thing as singer-songwriter-electronica? If there isn’t this would be it. Voila, 11 songs of subtle vocals, finely nuanced instrumentation and a lot of heartstrings being pulled here.

I think there has hardly been any music outlet that hasn’t posted one of her songs over the last year. The LA singer delivers, what hip kids have been dancing to in the cool clubs around the world for years. Now this sound is finding more and more attention on top 40 radio and broadsheet newspapers. It’s no wonder that the post-dubstep production of songs such as „Brain“ helps to on the one side, stay underground enough for the hip crowd, but on the other side, her voice delivers enough melodic hooks to appeal to fans of Lorde (which, by now, is more or less everyone). At the end of the day, forget all of the above and just get immersed in this mesmerizing track.

To be honest, I was never a fan of dance-school and especially their students. Fuck, I had to live next door to five of them for a year and it was a nice bunch of horribly narcissistic and pretentious little pricks. But if you watch the choreography in this brilliant video, you’ll want to dance. It’s all so fitting for a more than brilliant soundtrack by Kwabs.