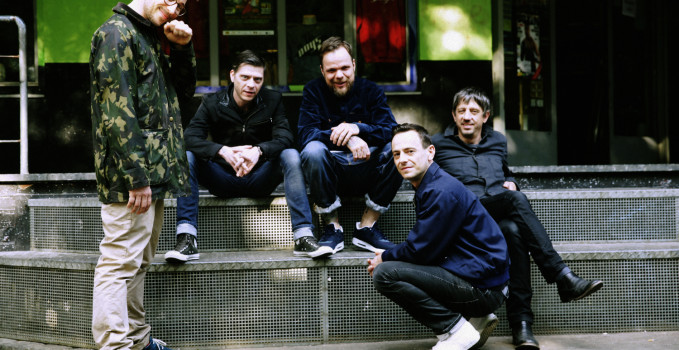 It was one of the hottest gigs I’ve ever been to. Witnessing Beatsteaks live at Reeperbahn Festival in 2014 was one of the things you probably won’t forget that easily. For those who don’t know Reeperbahn Festival, it’s basically the German/European equivalent of SXSW and it’s getting bigger with every year. The whole thing is centered around Hamburg’s famous red-light district where the Beatles learned their trade, where sex-shops are door to door with great clubs, where stag-dos cross paths with crooks, hustlers and the hip party crowd. There’s no similar place you could compare it to in Germany (and hardly any around the globe). So every year the seedy stretch turns into the epicenter of the music industry.

Last year I spent most of my three days there running around meeting people, saying hello and holding meetings. This didn’t stop until the early morning hours, but that’s part of the game. I guess if this blog would be my full time job, it would be a lot more about seeing bands and getting drunk a lot earlier. But last year I only managed to catch a handful of of the more than 300 acts that played. One of the gigs I wasn’t going to miss, was the secret show Berlin favorites Beatsteaks played there. They weren’t announced but shortly after arriving in Hamburg whispers were spreading about who the secret act would be. A day later everyone knew the Beatsteaks would play at Docks.

I arrived about 45 minutes before stagetime and the venue was already packed (the video dosn’t do it justice). I made my way up to the balcony and met some friends there. This was probably the worst decision ever. Mind, this gig was in September and the belated summer made for some very nice weather. So the hot air from the packed venue, when it was already quite warm outside and the ventilation in the room was awful plus standing on a balcony (Physics say warm air is going up you idiot!) made for a good bath. I was drenched after the 45 minute set. You could either mistake me for a mafia guy or for someone who’d just taken a bath in the nearby Elbe.

Yes, it was a great gig. And a wonderful memory I can share with the people I was with. Though the best gig of 2014 was the Beatsteaks homecoming a couple of weeks later. But that’s another story!