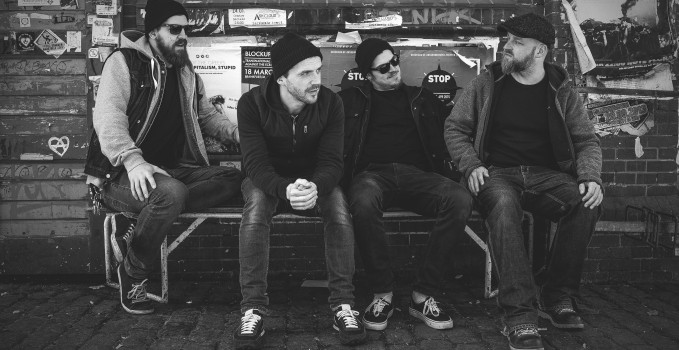 Sometimes you have to find out via Facebook that some friends from another city have started a label, or have their hands on something like that. I always envy bands coming from the north of Germany. It must be something in the water up north that injects anger and melancholia. I’ve talked about my love for Captain Planet, Turbostaat or Vierkanttretlager on this blog before but I’ll keep going on until the whole realizes how good they really are.

While there is plenty of good punk coming from the South (Heisskalt, Die Nerven, Schmutzki) and Cologne and Berlin have their scenes, it’s a certain sound that I’ve fallen in love with some time ago and that’s the sound of harbour, seaside towns and far away places. They are just that little grittier than bands from the rest of the country. I can’t put my finger down as to why.

So Farben/Schwarz are a new signing to Sportklub Rotter Damm, a small label run by a few fellows I know. Fucking alright that labels is (and yes, I’m saying that because I know some people there but therefore I know I can trust their taste in music). So Farben/Schwarz are playing punk with German vocals. The drums made me think of Kmpsprt or Fire in the Attic (both from Cologne by the way). The vocals are gritty yet melodic. My personal highlight are the thick guitars. So if you’re a friend of Thrice or Fjørt or the bands mentioned above, you shouldn’t hesitate and listen to the video! It’s boss!

If you’re lucky enough and live in Hamburg, you can catch Farben/Schwarz at one of the following shows:
10.9. Hamburg – Headcrash (w/ Fights&Fire)
26.9. Hamburg – The Kraken (w/ Varan)