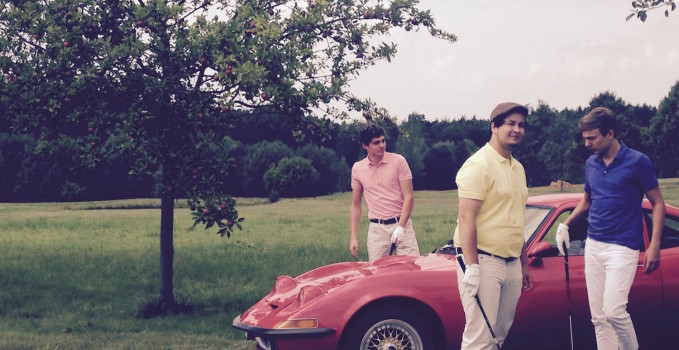 Do you remember German bands like Schrottgrenze, Wohlstandskinder oder Mikroboy? At the start of the 2000s, the hype around UK indie bands reached German shores and here too were a lot of young and talented bands. The labels signed everything and everyone able to hold a guitar and singing in German. Some of those bands were really good, some were good enough for a single or two. Heinrich II from Kassel are a new band, but they remind me a lot of that time. Guitars, German vocals, well produced pop songs with enough attitude to not become boring pop music that you’d forget after a little while. Their songs sound unagitated in the best sense. The guitars simmer away, the drums provide a gentle foundation. And even though their self titled debut album carries a few songs with more drive, Stadt is a great gateway into the bands universe.

Have a listen, click on play and enjoy Heinrich II!