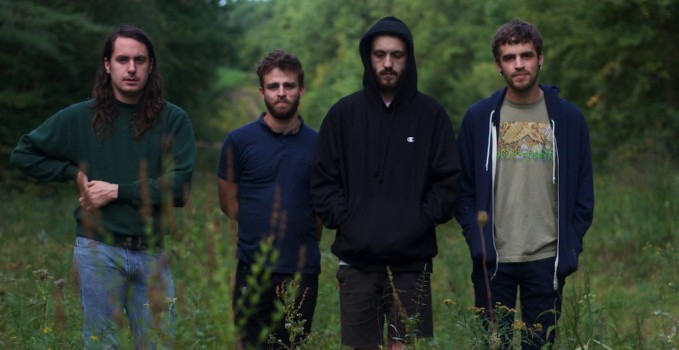 This year is shaping up to be a great year for music. While the whole world falls victim to ugly terrorist attacks, disgusting right wing propaganda and the seething death of our planet, music is a welcome distraction. The Hotelier are one of the bands whose record I am looking forward to the most. Piano Player is the first proper song (ballad Goodness Pt. I put aside) – and if the band isn’t going to blow up with this record I don’t know who will.

Home, Like NoPlace is there was a beast of an album. Full of emotions, singalong lines and enough dirt around the edges. If Piano Player is anything to go buy, we’ll be in for a treat. The song still has the urgency of it’s predecessor. It’s building slowly into a drawn-out ’sustain‘ all while the guitars strum along and the drums steady drive move the song forward until frontman Christian Holden takes the intensity up a notch. There are also signs of a more experimental approach with piano sprinkles and that odd beginning when the vocals almost drown in a cacophony of piano melodies.

Piano Player suits the band well. It feels like the exciting next step of a band close to breaking out of their d.i.y. roots. The song makes you want to be part of this. Unlike other examples where I felt awkward when one of my favorite bandcamp finds reaches a bigger audience, I feel excited and happy. I want this band to be successful. I want to listen to the whole album now. I wish this album will make me smile. And I so damn much wish the song would never end.