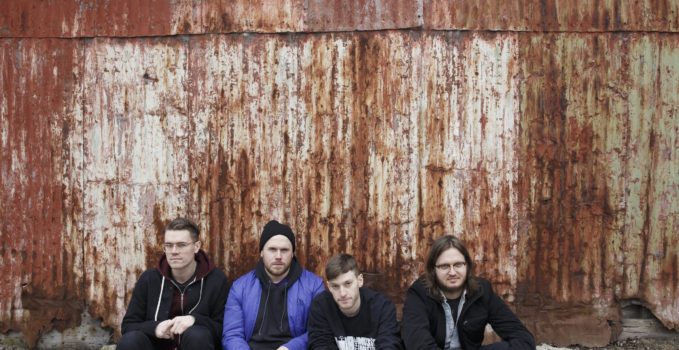 Pup – The Dream Is Over

I first saw Pup live opening for Cloud Nothings a few years back in a semi open air venue near the Spree in Berlin. I initially went to the gig to see Cloud Nothings. It was a breezy summer evening. Clouds above our heads and a fresh wind going over the Spree next to us. Pup opened the evening and almost blew my hair off. The band made such a racket, they were really tight and garnished their thick guitars with wonderful melodies Rivers Cuomo is looking for since Weezer’s blue album. Right after the set I walked over to the small merchandise table and bought their debut record on vinyl. After that Cloud Nothings sounded so thin and fickle that I was left disappointed.

With The Dream Is Over Pup have released their follow up now. And it is an album that nearly never happened. After lead singer Stefan Babcock got told by a doctor to stop singing because he was on track to destroying his vocal chords one could have expected a more timid second album. But as DVP had hinted, the band didn’t really care. The album is as energetic as its predecessor. In contrary to the album title, the songs are raucous celebrations of life on tour (If this Tour doesn’t kill You, I Will), breakups, hitting rock bottom, being broke and drinking. But while a band like Fidlar would celebrate similar topics via California surfer and slacker attitude, Pup base their songs on a heavier, blue collar attitude.

The Dream Is Over is far more Champion than Beach Slang though. Just listen to Old Wounds, the bands‘ heaviest song to date. A tight and in parts dissonant hardcore reckoning with an ex. Overall the songs show how long the band has been on tour. The countless shows haven’t worn the band off but tightened every vaguely lose screw. Pup are a well oiled, angry and loud punk machine. The album leaves hardly any time to breathe and that is an excellent trait. And while some might think of this album as a tragic and lonely one (at least lyrically), I find it strangely uplifting, uniting and purely great.

The Dream Is Over by Pup is out now via SideOne Dummy Records.
Pick up your copy here.