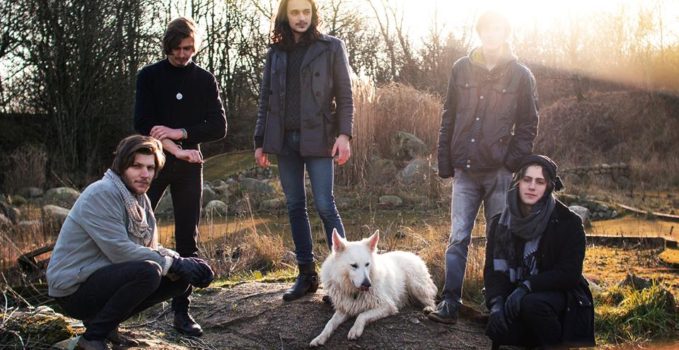 Who the fuck are Salamanda? And why the heck hadn’t I heard of them before? Daddy Punk was sent to me by a friend of mine who works as a pr in music. The mail contained an unlisted Youtube link and a few lines. One in particular stood out: The band is bubbling up North but South of Hamburg nobody knows ‚em. Well Banjamin, we seriously need to change that!

Daddy Punk/Kompanjero is the debut seven inch by Salamanda and the first new signing to one of the best German punk labels Zeitstrafe and it is a treat. Daddy Punk is a funky five minute soul banger as much rooted in The (International) Noise Conspiracy sexyness as in 1970s disco kitsch. There’s a funky rhythm guitar, synth and organ sprinkles and that weird distorted metal guitar in the first two and a half minutes before a Daft Punkish breakdown (where talking Random Access Memories Daft Punk here) erupting in a hands in the air celebratory outro. Add the below video of swanky weirdness and you have an idea why this band is stirring up the small clubs in the North of Germany.

Kompanjero is on the more tender side. A 1950s organ dominating echoy vocals and reverby guitars. It’s a song the Choral would have loved on their new record or the Zutons (listen to the saxophone in the little interlude at 2:09) back in the day. Leon Mancilla even croons more soulful than Alex Turner tried on the second Last Shadow Puppets record. And then the vocal harmony outro – Salamanda are killing it on these two songs.

The seven inch is limited to 222 copies and you should hurry, because it will be a sought after record in a few years. Another gem uncovered!