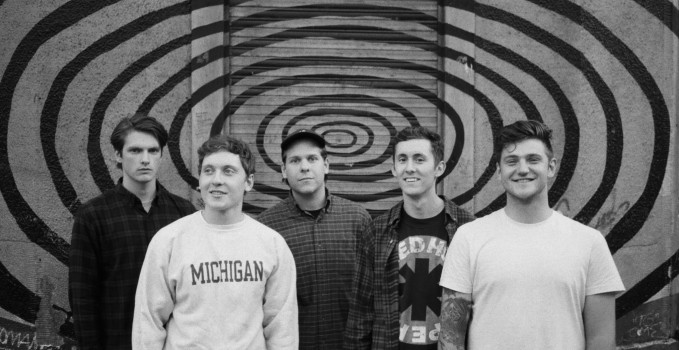 The days are long gone since Basement were actually playing basement shows, dragging their gear into shabby pubs and dubious venues. Since the Ipswich band officially split up in 2012 they became international legends of sorts. All of a sudden the band was back in 2014 and it seemed as if they were biggern than ever before. And it seemed as if everybody was waiting for the band to return. The new record Promise Everything is the first full length since the reunion and the band is aiming big.

I was a fan of the Basement’s 2012 record Colormeinkindness and I also liked the comeback EP Further Sky. Basement have a kind of 1990s alternative vibe that I really liked. The guitars are somewhere between Smashing Pumpkins and Bush, the vocals are mellow yet powerful and the rhythm section is giving the whole band a steady backbone. So now the question is: can the band fulfill the promises made?

First things first, the sound hasn’t changed much. It’s still the same mixture of dreamy guitars, slightly stoned vocals and a thick rhythm section. The songs meander between quieter and heavier moments. Songs like Aquasun are ready made for massive stages at the big rock festivals. It is what fans were expecting. But over the course of the album a little voice in the back of your head is getting louder and louder. Towards the end of Promise Everything the whole quiet-loud aesthetic gets a little tiering. Maybe it is the guitars that sound just that little bit too similar to the ones on the song before. Maybe it is the vocals? Maybe it is the production that is a little too slick. Or maybe the lack of real surprises.
Overall it is unfortunate. I really want to like this record and I really want to see the band being successful. Some of the songs on here would have made for a brilliant record. But some songs are just mediocore. Maybe on the next record the band will risk a bit more or experiment a little further.

Promise Everything by Basement is out on January 29th via Run For Cover Records. You can pick up your copy here.